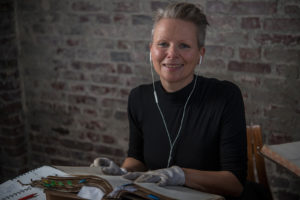 Trudi Henrydotter Eikrem was born in Saunes, Ulsteinvik, in 1966. She is the daughter of Henry, a fisherman, wartime sailor and blue-collar worker, and Paula, a trained librarian who built up the local library on an outskirt island in post-war Norway. Wartime history, literature, music and maritime culture became part of Trudi’s personal references despite the family having few material resources and means of living. She was the last sibling out of five, with the family’s third son passing away just a few months old.

Trudi took a special interest in history, classical music and sports as a child, and went to Oslo to study music and classic piano at Hartvig Nissen High School in 1982. She returned home the year after, when her father passed away. Trudi continued high school in Ulsteinvik and became the local AFS (American Field Service) leader. She hosted a young boy from Panama, and in the spring of 1985 she organised a meeting for all AFS students in Norway.

Trudi left for Lisbon in Portugal in 1985, staying with the Portela family. This was a life-changing experience and an all-time-high adventure. She met her Portuguese husband and her first son was born in Lisbon in 1986. While living in Lisbon, Trudi studied at the Faculdade de Letras, the American Institute, and ARCO, specialising in photography. 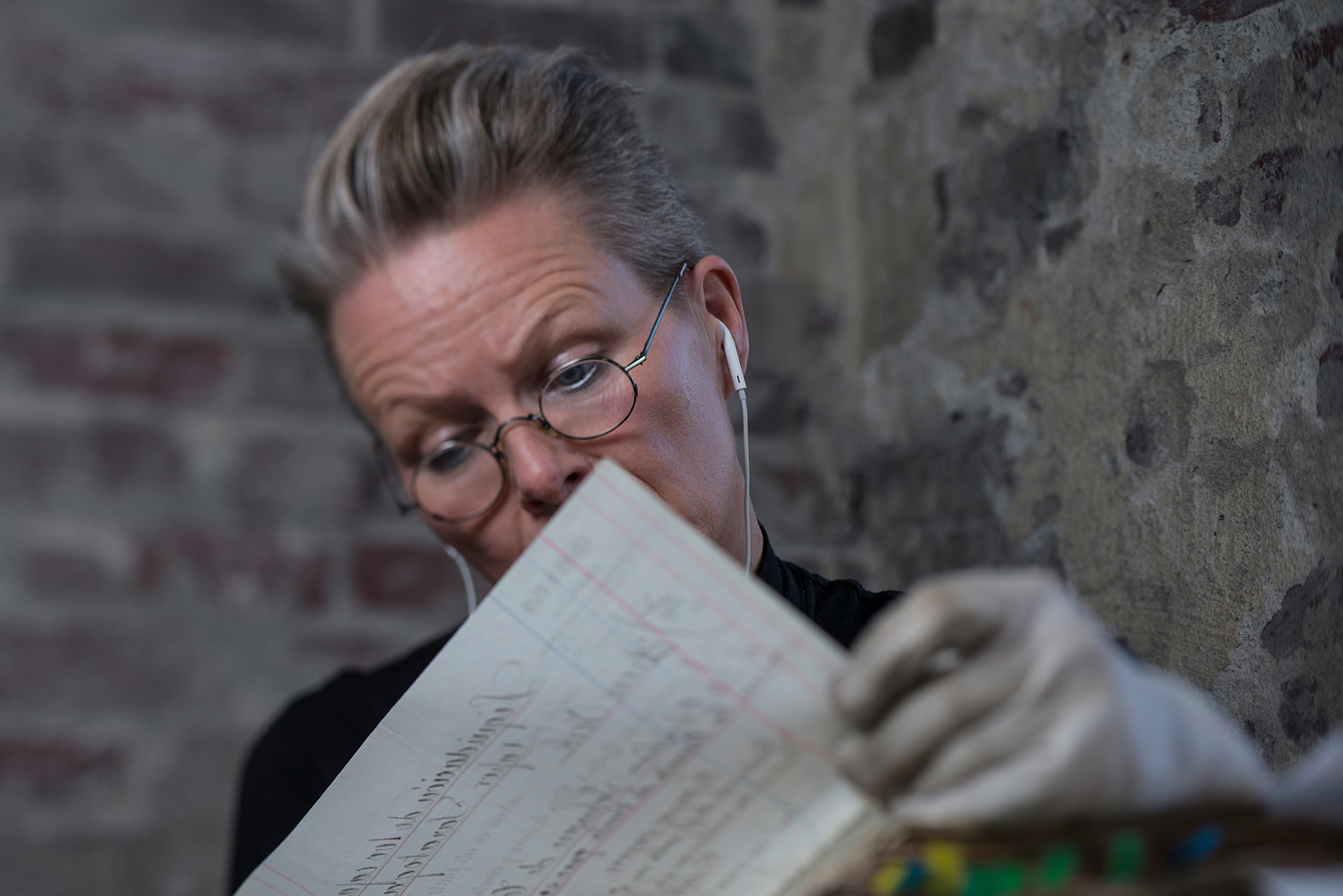 Trudi and her family moved back to Norway at the end of 1988. With a family to sustain, she worked as a teacher while continuing to study history, Norwegian literature and journalism. She was also working as a journalist in NRK and teacher. In 1994, when her youngest son was born, she temporarily ended her studies.

Two years later she concluded her major subject in history, a Cold War study of the Portuguese admittance into the UN 1955 – 1963. This study was based upon work with Portuguese sources localised at the Foreign Ministry (MNE) where some of the documentation was released for this purpose. Newspapers at the National Library were a second source used, along with Portuguese literature and biographies by senior government officials in the Salazar administration. The work was supervised in Norway, but initially in Portugal by Prof. Dr. Antonio Jose Telo. 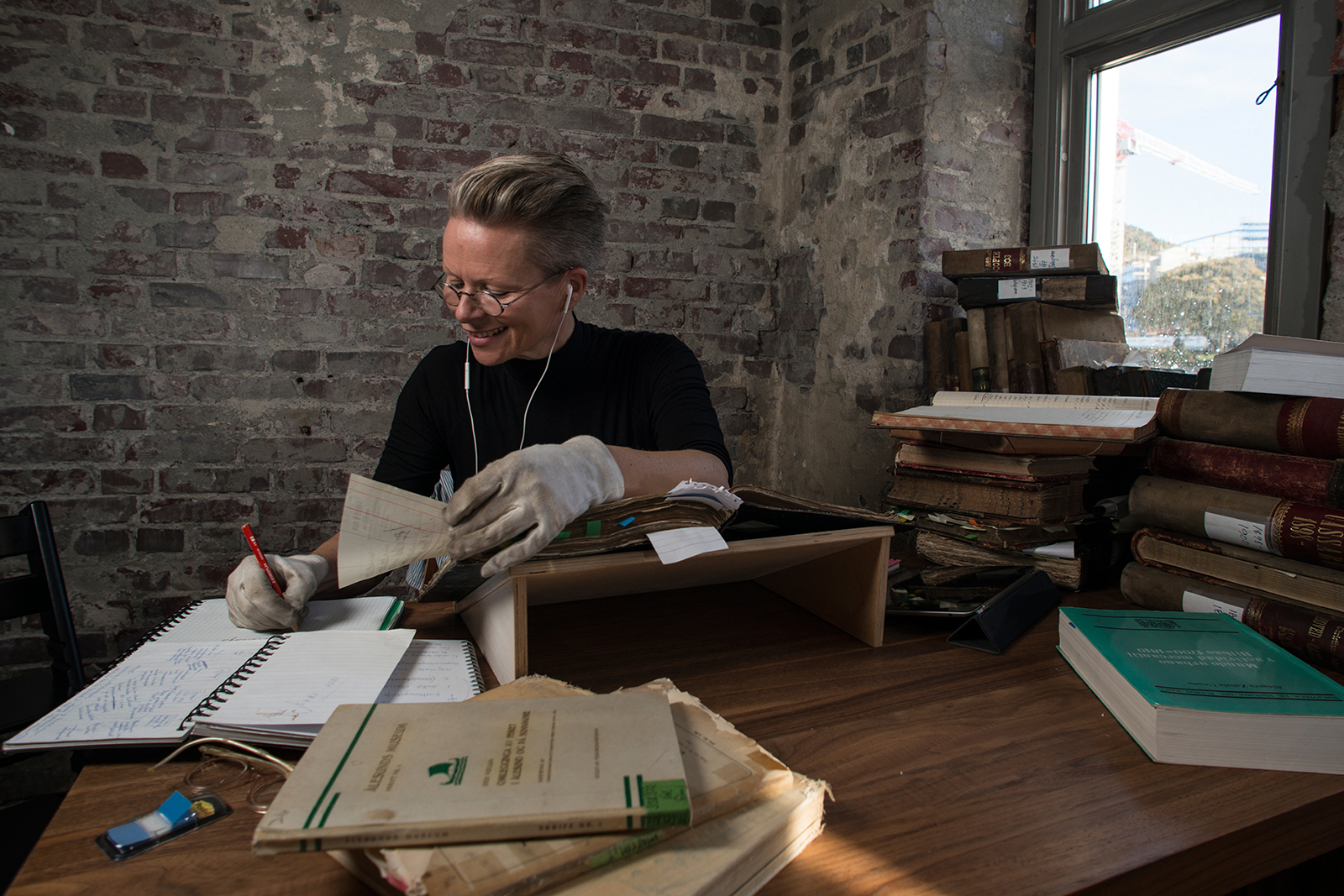 Trudi’s thesis was defended in Trondheim at NTNU in 1996. After that she continued to work, teaching history at secondary school. She took great interest in studying British-American history didactics after having studied with Eivind Indresøvde and, later, Erik Lund, the maven in Norwegian history didactic teaching. Trudi studied Norwegian and Anglo-American currents, and tried theories in her classrooms with exciting results.

Trudi attempted to apply for a scholarship in Volda in 2009, but at the time the enthusiasm for the subject had waned. In 2017, when she contended for a job as a history didactic teacher at NTNU, she regained her enthusiasm for, and interest in, this subject. She was awarded the position, but chose not to accept it. 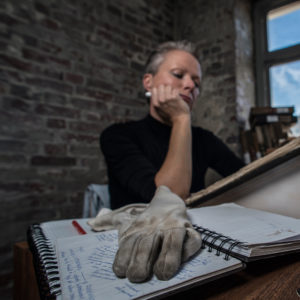 During the past decade Trudi has been working at Volda University College, teaching at the Teachers’ Professional School, as well as teaching didactics at the Institute of History and working on her PhD dissertation in Maritime History. The past few years she has been a full-time researcher, hoping to publish her thesis in 2020. The research is based on the accounts of one large Norwegian export house in mid 19th century, and the enormous economic success the codfish trade represented at the time.

Trudi has been interested in the markets, trying to determine who the consumers were, and why the consume was so large. One way of doing that is to follow the export on the trade route, and study the context of the import zones. In the Iberian cultural zone, Norwegian codfish import increased from 15 million pieces in 1850 to 60 million pieces in 1880, the highest Norwegian export numbers held until 1977!

In addition to the research, Trudi has written two books on local history. One about Jets, a global company rooted in Hareid, producing vacuum toilets for airplanes, ships, and land based complexes. The history of their first 25 years of production was published in 2011. Two years later she published the book ”Women who developed a City”. The book tells the stories of eight local pioneers who developed different public sectors in a tiny, local society in post-war, district Norway. The stories highlight the transition to a modern society. 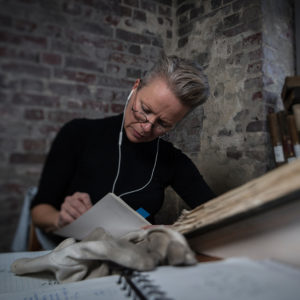 In addition, Trudi has worked with translating Portuguese Fado lyrics and lecturing at different kind of gatherings in order to make Portuguese history known in Norway. Lately, Lately, Trudi has translated Portuguese bacalhau recipes into Norwegian, resulting in the book “Klippfisk: 153 oppskrifter fortel historie”, which was published in November 2019. The book is a collaboration with photographer Vasco Pinhol (Trolltegn) and graphic designer Trude Antonie Øvrebøe (TINDE Design og Trykk). Trudi, Vasco and Trude have more projects to come – watch this space!

Would you like more information about Trudi Henrydotter Eikrem? Read her CV or check out her research, teaching and writing services.